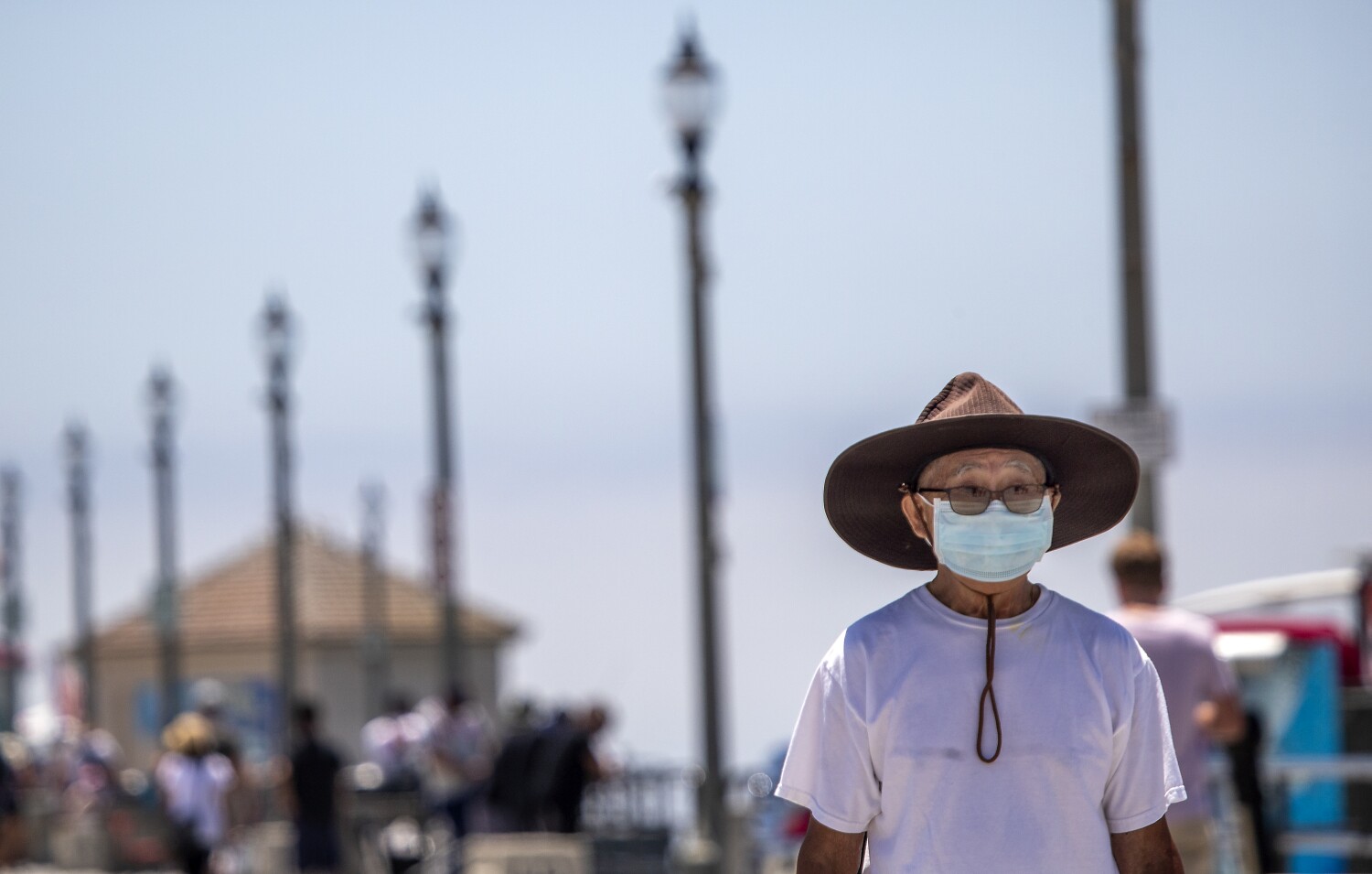 The state is expected to fully restore backlogged COVID-19 test results to counties by the end of the week. The data from July 31 to Aug. 4 were lost after a technical issue affected the state’s electronic system that gathers the information.

In Orange County, Supervisor Michelle Steel said Thursday that while the local outlook is promising, the fact that the technical issue occurred at all is a concern.

“For months now [the Board of Supervisors] has asked questions and raised concerns about the data,” Steel said about Orange County’s request for information on how the data, which is used to make policy decisions, was recorded.

“Our cities rely on this data to best determine how to respond to the change in case count and COVID-19-related deaths.”

The county reported 24 coronavirus-related deaths and 348 more cases Thursday, bringing the total to 42,171. The case count included some backlogged numbers, but county officials did not say how many. It is unclear to what extent the backlogged information will affect individual counties.

Hospitalizations in Orange County, and throughout the state, have continued to decline and county officials believe that the seven-day average for new infections has dropped below the state’s safety threshold of 8%. If true, that could factor into the state’s decision to remove the county from the watch list.

The county’s two most populous cities — Santa Ana and Anaheim — exceed that infection rate. Chau said that the cities’ rates are 19.7% and 19.1%, respectively. But he said that a myopic view of an individual community does not provide the full picture.

“Obviously Santa Ana and Anaheim are higher compared to other cities. That’s because they’re compacted,” Chau said, adding that many people work in those areas and live elsewhere, or visa versa, leading to a higher rate of transmission than other, more suburban areas may encounter.

As residents continue to face unknowns about the virus, officials are encouraging them to seek mental health help through the county’s services. According to Mind of O.C. CEO Marshall Moncrief, calls to the county’s hotline have been up 50% over the past several months. Roughly 20% of those calls have been related to COVID-19.