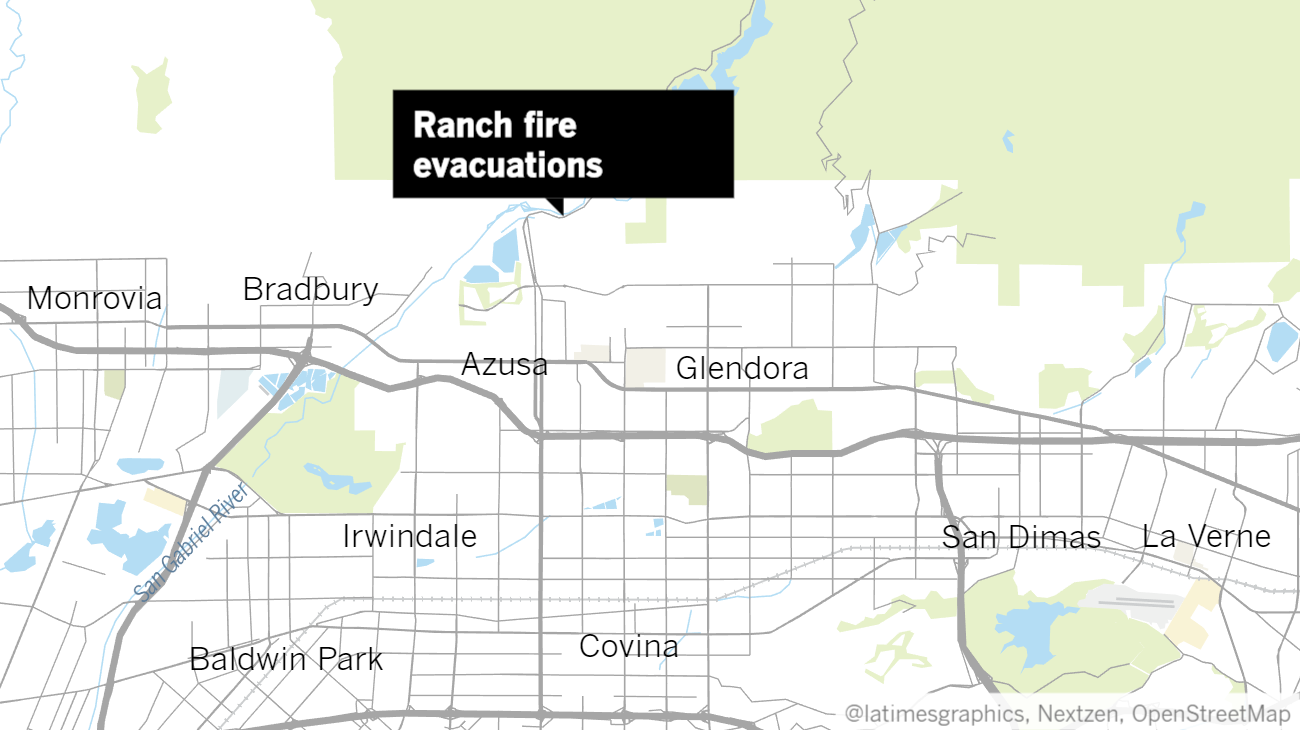 Residents in the community of Mountain Cove who live north and west of Turning Leaf Way and Boulder Ridge Court, as well as south of Highwood Court, are under mandatory evacuation orders, the Azusa Police Department wrote on Twitter.

Voluntary evacuation warnings have been issued for residents north of Highwood Court.

The fire had burned 500 acres with zero containment as of 3:45 p.m., according to the Fire Department.